Hurting Donner Davis met Ezra Kelly at a time when he was reeling over the death of his lover, Jacob. Unfortunately, Ezra himself had his own issues, and it was a lot.

I liked the theme of the book: there was the abuse (their friend Romy being in a series of abusive relationship), Ezra himself (being in a previous relationship with a guy who only used him and well, there was his family issues (his family being homophobic and unable to accept Ezra) and I don’t even want to begin about that one. There was also the issue of Ezra being raped as part of his therapy courtesy of Dr. Tanner. [Ezra can give me a run for my money in terms of family issues]). And of course, there was the pain of losing someone (Donner losing Jacob).

It is hard to love someone else when one couldn’t forgive and love themselves. It’s a very long and strenuous process not only for the affected individual but for the people around them as well. That much is true. Eventually, Donner and Ezra were able to sort things out, well, not everything, but it was a start and while their relationship may not be perfect, they were trying.

I personally believe that for one to be able to forgive and move on, one has to learn how to empathize and care for other people which is exactly what Donner and Ezra did. They helped Romy back to his feet, and they continued Jacob’s cause which was the Street Feed.

About Maybe This Time by AM Arthur (July 2014) [Goodreads]

As a regular at gay hotspot Pot O Gold, Ezra Kelley avoids his tangled emotions with the simplicity of one-night stands and attachment-free hookups. Until the night bartender Donner Davis picks him up off the floor after a misunderstanding and too much tequila. Ezra can’t remember the last time someone was…nice. It’s more than he deserves.

Witnessing his lover’s death two years ago has Donner trapped in a holding pattern: living in his sister’s basement, working at the Pot and flirting with the customers. He’s not above spending a night with the gorgeous Ezra, but love is not in the cards. That’s more than he’s ready for.

A passionate night leads to a connection neither man expects, and they take the first steps to something that looks like a real relationship. But Ezra’s been running from himself so long he doesn’t know how to live any other way. And Donner can’t risk his heart just to lose everything again. They’ll both need the strength to let go of the past if they want to get it right this time.

A.M. Arthur was born and raised in the same kind of small town that she likes to write about, a stone’s throw from both beach resorts and generational farmland. She’s been creating stories in her head since she was a child and scribbling them down nearly as long, in a losing battle to make the fictional voices stop. She credits an early fascination with male friendships (bromance hadn’t been coined yet back then) and “The Young Riders” with her later discovery of and subsequent love affair with m/m romance stories.

When not exorcising the voices in her head, she toils away in a retail job that tests her patience and gives her lots of story fodder. She can also be found in her kitchen, pretending she’s an amateur chef and trying to not poison herself or others with her cuisine experiments.

Contact her at am_arthur@yahoo.com with your cooking tips (or book comments). You can also find her online (http://amarthur.blogspot.com/), as well as on Twitter (http://twitter.com/am_arthur), Tumblr (http://www.tumblr.com/blog/am-arthur), and Facebook (A.m. Arthur). Other titles by A.M. Arthur are available from Samhain Publishing, Dreamspinner Press, and Musa Publishing. 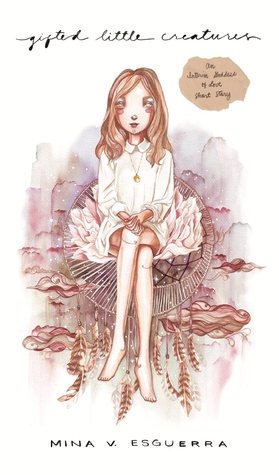 Maya, the goddess of the moon, is in human form as a college student for now — and she’s grounded. This doesn’t keep her from doing what she does well, manipulating the world and everything in it, from the home she can’t leave. (An illustrated short story set in the Interim Goddess of Love universe.)

You can get this free story here:

Mina V. Esguerra writes contemporary romance and young adult novellas. She has a bachelor’s degree in Communication and a master’s degree in Development Communication, put to good use in her work as trainer and content management consultant. Mina lives in Metro Manila, Philippines, with her husband and daughter.

She finds inspiration in the lives and experiences of other people, so the answer to “Is this story based on you?” is always, always “No.”

The Ticking Heart by Sylvia A. Winters

When the people you love pass on before you do, what will you do with that love? With your life and with yourself, for that matter?

Would you really know?

Endless nights full of tears and longing for the might-have-been are futile. Tears cannot bring back the dead; neither do your fervent longings and your wishes for them to come back.

Such is the pain of Vincent Gabriel, an inventor who spent a decade of his life inventing a clockwork-humanoid prototype in the likeness of his deceased lover, Edgar, to no avail.

I loved this story for what it tells us. That yes, life is short, unkind even. But such is life. We lose people who are dear to us but new ones will come into our lives, and while they can never replace the ones we lost, they can help us deal with the pain that comes with it. For Vincent, that man was Samuel.

Vincent Gabriel is an inventor; his newest invention a clockwork-humanoid prototype he has spent the greater part of a decade designing and creating, the long working hours filling a void within himself. His assistant, Samuel, however, is less than pleased with the new invention.

As Vincent’s creation falls apart, so too does the delicate relationship between the two men. Their differences threaten to overcome them, their actions pushing them so far apart that neither knows where they stand.

About  Sylvia A. Winters

I grew up in the south west of England, on a diet of fantasy and horror, stories of other worlds and hidden things.

I’ve enjoyed making up my own stories from an early age, first with pictures, before realising my drawing skills sucked, then a few feeble attempts at prose. Back then I thought I’d never have the staying power or the ability to write a whole story from beginning to end, but I guess I was wrong.

Now I write romance fiction, usually m/m, but with the occasional f/f pairings.

I love writing, although I’m still incredibly lazy and it’s often a battle to make myself sit at my desk and work. That said, I do hope to be writing and publishing more stories soon.

You can find her here:

The Last Wish
by Tsina Cajayon

The Last Wish
by Tsina Cajayon

The Last Wish by Tsina Cajayon published by Lifebooks is available in local bookstores near you. 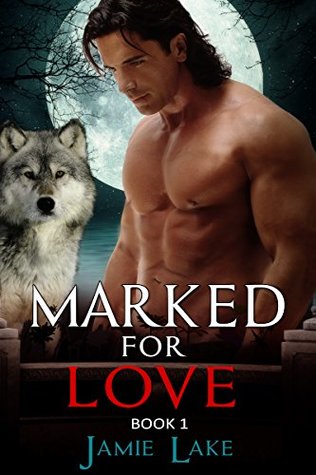 Nathan never should have gotten in that truck. That he knew for sure, but something animalistic, something sexy, something almost magnetic drew him to the mysterious brooding man who beckoned for him to get in and so he did.

What ensues is a night Nathan will never forget, filled with intrigue, passion and mind-blowing dominant sex only an Alpha werewolf shifter can give you; a night Nathan soon finds he was destined to experience. But could it lead to true love or will Nathan be tossed aside like he has by so many men before him?

Jamie Lake is the author m/m gay romances such as The Trainer, Boyfriend for Rent, Marked for Love, Bad Boy: Naughty at Night, Stay Always and many others.

You can find her here:

Check out Marked for Love here: