Come and join the giveaway by simply clicking the link below:

From Don’t Forget the Soap by Marie Claire Lim Moore

It is a hot summer day the day that Tanya is to embark on a new life in her native town of Boracay. But the towering and ruggedly handsome Julio, her first heartbreak, owns the resort that she wants to buy. They cannot keep their hands off each other, but Tanya thinks that it is too high a price to pay.

Tanya snatched another beer from the bar. This was her third beer. She felt lightheaded. Seeing herself on a mirror shaped like the sun, all bronze fire and all, she pouted her lips. She reminded herself to buy the super strength sunblock spf 50. Her skin burned easily. The lotion promised to keep her skin protected from harmful UV rays. Hopefully it can keep stingrays and jellyfish at bay, too.

Her feet clad in gladiator sandals of cloth and native rope dug into yielding talcum powder sand. Her green leaf bikini top hugged her curvy breasts which heaved owing to the bouncy tune that she danced to. Her partner, Hans, a young Dane whom she met just an hour ago egged her to dance. He was tall, has pretty neat abs, nothing to be ashamed of. But his skin was a little too pale for her.

When he saw her he almost immediately offered her a drink which she declined. But she talked to him since he seemed to be nice.

She didn’t need any urging to dance for she wanted to take pleasure in what the night had to offer. The booze, the mood, the men, all for the taking. After all, she had all the time in the world.

The full moon’s twin on the blue sea, a school of fish frisking endlessly, visible under the shiny surface made the evening brilliant and perfect.

At the shore, lovers remained on the beach. There were cabanas nestled behind tall palm trees. Only shadows can be traced in the darkness, only murmurs of the wind can be heard. But if one would walk farther to the right, the moon cast its light on night animals who came to this island to practice the ancient art of wild partying.

This was not an exceptional night. It was only one of so many nights for which Boracay was legendary.

The distant stars dotting the skyline competed with the torches and colored twinkly lights (probably the remains of Christmas past) that draped like leis around the wooden slat fence surrounding the bar. The party began early that evening as the full moon rose over the stretch of powdery sands spread like flat sheet across one of the longest beaches in the area.

A blend of cultures was mixing at the dance floor swaying to a reggae tune. Tourists, regular backpackers, local visitors, they were lost in this make believe world where all is possible. They were at the place to be.

At the table, Hans was only too glad to see her come back. His look of relief was so obvious Tanya became bored with him a little too early.

“Hey where have you been? I thought you left me,” he said in his perfect English with a hint of Danish accent. If it were another time, she would have found it appealing and sexy. But tonight was not that night.

“I went to the washroom. I got thirsty so I got myself a beer,” she said while she chugged the pale pilsen standing up. Hans couldn’t take his eyes off her, especially the part where the bandanna wrapped itself around her alabaster thighs, which turned translucent when the moon shined on them.

“You should have asked me to get it for you,” he said.

“No sweetie, nobody gets anything for me. When I want something I get it myself,” she said her smile lazy and her tone patronizing.

Obviously not getting her, he just laughed then shrugged.

She was pissed. Boy, was she pissed. Her erstwhile boyfriend of two years just took off without a thought when she said she wanted to settle down. He thought she wanted a ring on her finger. What she didn’t say was she wanted to have a business of her own. Something she can manage herself. A little business that would be fun and make her busy. She didn’t need the money. But no matter, she saw through him like looking at a cage filled with snakes when he turned pale and unavailable after that.

What pisses her was the fact that it took her two years to know it. Was she getting soft? She used to spot them so easily. Guys who needed a bed buddy.

So she left Manila to look for a business opportunity and where else could she go to but Boracay, her place of birth.

Join the giveaway by clicking the link below:

Come and join the giveaway by simply clicking the link below:

Look what I got today!

The Last Wish by Tsina Cajayon

You will see my name at the upper-right corner of this page:

Tsi’s note really made me laugh out loud! ❤

I’m currently reading Anna Bayes’ It Is Time and Other Stories. 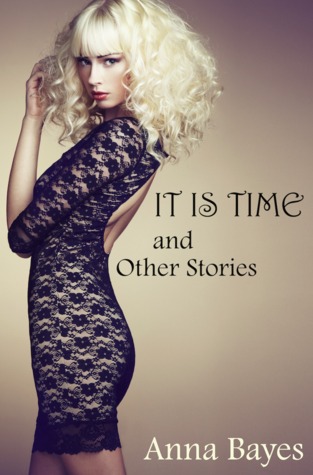 It is Time and Other Stories by Anna Bayes

This collection of 15 romantic bite-size stories is a must-have for Anna’s loyal fans and serves as the perfect sampler for new readers. Find out why fans from everywhere are addicted to Anna’s writing.

The collection begins with the tale of a woman who has decided that “It is time” to give her lover a final gift.

From the sweet, vanilla exchanges of love (such as “Love Letter,” “Gratitude” and “Ticket to France”), the electrifying thrill of instant attraction (“Stockings, Pendant, Arousal” and “Unexpected”), paranormal love story (“Lucy Reborn”) to steamy tales that stretch the mind and boundaries (for example, “My Reluctant Dom” and “Four Hot Guys”), these 15 stories promise to tease and gratify.

In real life, Anna is an introverted bookworm, looks sweet and kind of innocent, but don’t let her brown eyes fool you. 😉