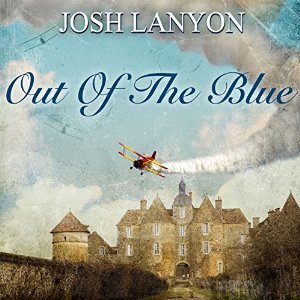 I thought this book is hot, that and well, heartbreaking. It’s about World War I after all. The story revolved around British flying ace Bat Bryant whose lover Gene perished during one of their missions, and how he accidentally killed their mechanic Sid Orton who threatened him with exposure.

This book has been sitting in my audible for months as I was too nervous to “read” this. Because. Murder. No matter how accidental it is still murder. I know, I know, it is fiction. Still, I worried for the main character.

Then of course there was the war. The pilots drop dead faster than the flies and that’s saying something. Most often they lasted a day on the job then they’d be replaced by others who get replaced as well later on. Such a vicious cycle but that’s war for you.

As the story went deeper I dreaded the coming of a new day, because I knew another pilot will die. And that’s how good of a writer Josh is, he brings the readers right into the middle of the action, make them feel dread, make them experience the war, albeit vicariously.

I also loved the characters but I loved Cowboy the most. He’s smokin’ sexy. I could tell right away he was in love with Bat.

France, 1916. The Great War. High above the carnage in the trenches, British and German aces joust like knights of old for control of the skies. The strain and tension of living every day on the edge of death leads to dangerous choices and wild risks. When British ace Bat Bryant’s past catches up with him, he strikes out in panic and kills the man threatening him with exposure. But there’s a witness: the big, handsome American pilot Cowboy Cooper.

Cowboy, it seems, has his own ideas of rough justice.

A distinct voice in gay fiction, multi-award-winning author JOSH LANYON has been writing gay mystery, adventure and romance for over a decade. In addition to numerous short stories, novellas, and novels, Josh is the author of the critically acclaimed Adrien English series, including The Hell You Say, winner of the 2006 USABookNews awards for GLBT Fiction. Josh is an Eppie Award winner and a three-time Lambda Literary Award finalist. 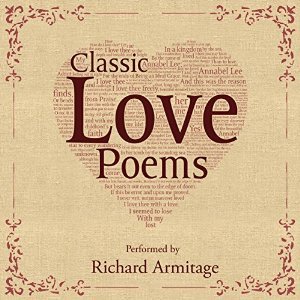 For anyone who’s in love – or hopes to be – what greater celebration could there be than to hear the world’s greatest love poetry read lovingly by Richard Armitage? With 15 poems by William Shakespeare, Edgar Allan Poe, Elizabeth Barrett Browning, and more, Classic Love Poems is a listening treat for Valentine’s Day – or any day.

Included in this collection are:
• “How do I love thee?” by Elizabeth Barrett Browning
• “Sonnet 116” by William Shakespeare
• “Annabel Lee” by Edgar Allan Poe
• “To Be One with Each Other” by George Eliot
• “Maud” by Alfred, Lord Tennyson
• “To His Coy Mistress” by Andrew Marvell
• “Bright Star” by John Keats
• “Love’s Philosophy” by Percy Bysshe Shelley
• 1 Corinthians 13:4-8
• “Meeting at Night” by Robert Browning
• “The Dream” by Edna St. Vincent Millay
• “The Passionate Shepherd to His Love” by Christopher Marlowe
• “I carry your heart” by e. e. cummings
• “She Walks in Beauty” by Lord Byron
• “Give All to Love” by Ralph Waldo Emerson

Richard Armitage is known to movie audiences around the world as “Thorin Oakenshield” in the trilogy of films based on The Hobbit. Born in Leicester, England, and trained at the London Academy of Music and Dramatic Art, Armitage has performed with the Royal Shakespeare Company, and created memorable roles on Robin Hood, North & South, and other British TV series.

I got this for free at audible, and it’s going to be free until 3/9/15. You can go and check it out here: http://www.audible.com/pd/Classics/FREE-Classic-Love-Poems-Audiobook/B00TA13B56 in case you are interested.

I listened to it because the collection included some of my favorite poems:

It was a delight listening to it. I loved the performer’s voice. Loved his performance on “The Passionate Shepherd to His Love” by Christopher Marlowe the most. My least favorite performance  was “Annabel Lee” by Edgar Allan Poe. I thought he spoke fast and I didn’t feel and hear the love and the longing and the mourning and the pain that was what this poem was all about. Then again, maybe it’s just me.