In Over Her Head by Anne Plaza

All she wants is to get even… Erika Apostol’s quiet and unassuming life gets disrupted when she learns that Richard Javier, the very same person who broke her heart many years ago, is now back in the country. Her world is turned upside down as old 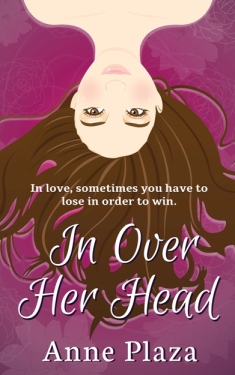 In Over Her Head by Anne Plaza

feelings she thought were buried resurface to haunt her once more. Determined to give Richard a dose of his own medicine, Erika finds herself involved in an outrageous plan devised by her friends. They enlist the help of Jerome Gonzales, an attractive and charismatic DJ (with a playboy reputation), to pose as her significant other. As the plan goes in full swing, Erika discovers Richard’s jealous side, and that there’s something more to Jerome than meets the eye. Will this grand charade work out the way it should, or will she be left with nothing in the end? 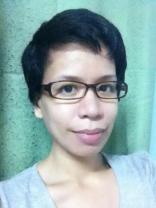 Anne Plaza has a degree in Psychology, but has actively pursued a career in writing in her previous work as a reporter and online editor. She currently works in the field of marketing communications and spends most of her time writing fiction (while not on the lookout for the nearest cupcake and cronut store). Aside from writing, she loves to read contemporary romance, young adult, fantasy, and historical fiction. She also collects stamps and postcards, and loves everything about cats. Anne is based in Quezon City, Philippines.

In Over Her Head is her first published work in English.

** spoiler alert ** Warning: Do not read if you haven’t read the book yet!

In Over Her Head was five stars for me until I realized who Erika was going to end up with. By then, the story went downhill for me, noooooooo!

Don’t get me wrong, I was all up for Erika ending with Richard right at the very start of the story. But, as I was reading and I was learning more about Jerome, I couldn’t help but root for the guy. I mean, who wouldn’t?

Yes, I’m Team Jerome, LOL! Never mind that he had a playboy rep, he was a sweet guy and I thought he really was willing to change for Erika not to mention that they had chemistry.

It’s just that I never really learned more about Richard and there were no “kilig” moments between Erika and him. I’ve only ever seen his weaknesses. Well, I could go on and on but I really don’t want to say any more without revealing the story for you more than I already have.

I finished the story feeling like the ending happened before it should. I really would’ve wanted to read more about the Richard-Erika pairing if only to be able to like the ending even for just a bit. I mean, the story ended with Richard still a douchebag in my eyes. LOL.

Rating: 3.5 stars which means that I liked it (just not the ending, LOL – there’s no getting over this one for me).

Recommended to romance readers and for those who couldn’t get over their first loves.

Read Anne’s interesting thoughts on writing alone vs. writing with a group by clicking the link below:

Join the giveaway for a chance to win a copy of the book by simply clicking the link below:

One Swag Bag containing the following: 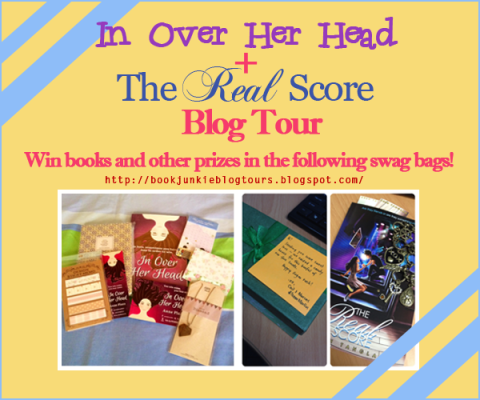